Consoles have become a staple of consumer technology since popular models like the Atari 2600 and the Nintendo Entertainment system blazed a trail back in the early ‘80s.

These devices have come a long way from the old 8-bit 2D graphics of decades past.

Gaming machines today boast a mind-boggling array of features and advanced hardware to create highly detailed virtual worlds and cinematic experiences, with the latest models even allowing the use of a VR headset for unparalleled immersion.

One of the biggest inventions in gaming is the Nintendo Switch.

Its massive success has proven that a console can be a great way to let you play games at home and on the go.

However, as engaging as a session of Red Dead Redemption 2 may be, you can’t really take it with you on the go.

This year at CES 2020, the gaming industry’s number one innovator, Alienware came up with something that is about to solve the portability problem forever.

Designed by Alienware, a subsidiary of Dell, Concept UFO is a prototype gaming tablet that you can take with you anywhere you go.

Look wise, the prototype looks heavily inspired by Nintendo Switch but it is a completely different beast.

The device is primarily aimed at portable gaming; given this, that explains its console-like look and design.

The product is currently just a prototype of a device that Dell-Alienware could launch someday, so there is no committed ship date given, nor pricing details of any kind.

However, from the look of things, the Concept UFO could be the next big thing in mobile gaming.

Of course, preferences will vary, and the war between Sony, Dell, Microsoft, and Nintendo will carry on.

However, at ArgueTech, we love giving you high-quality product information to educate and help you make an informed decision.

To help you navigate through the minefield of product opportunities, here is a detailed review of why Alienware Concept UFO gaming PC could be the future of mobile gaming.

But first, let’s understand what it is.

Alienware Concept UFO is a Windows 10 gaming tablet two years in the making that seamlessly pairs with two detachable controllers.

The devices consist of four pieces: the head unit which features an eight-inch, 1200p display; the battery; and all the processing and graphic hardware.

It comes with two controllers that attach through an enjoyable solid magnetic rail system.

It also has a bulb unit that allows two separate controller halves to combine into a single controller for playing either on the head unit or on a connected monitor.

The 8-inch display resolution is currently targeted at 1200p, and high image quality sting of about 30-50 fps frame rates in multiple games.

Under the hood, the prototype is powered by a 10th generation Intel CPU while the graphic is powered by the Iris Pro integrated GPU chip on the Intel CPU.

The system runs a full-blown copy of Windows 10 that can be run in touch screen mode while on the go.

As a full-blown Windows PC, users can do anything a desktop or laptop user could do with their machines on the Concept UFO.

The slew of uses goes beyond gaming whether it is working in an app like Microsoft Office, browsing the web, or streaming videos.

For instance, the Concept UFO can also access digital stores such as Epic Games, Steam and Rockstar in order to play games in your library or purchase new ones.

The Concept UFO consists of a tablet with two controller pieces that snap onto either side of the device.

It also has a kickstand for propping up the tablet when you’re not playing it in handheld mode.

Much like Nintendo’s console, UFO Concept is designed to be used in a variety of ways.

For instance, when you attach the controller to the tablet’s body, you get a portable gaming device.

On the other hand, when you take off the controllers and attach them to a bridge accessory, you get to play with a traditional controller using the tablet as a display.

The Windows PC allows you to plug the tablet into a monitor or TV and play using the controller or a mouse and Keyboard.

Another interesting feature of Concept UFO is the twin USB Type-C ports on the top and bottom of the device that allows you to charge it or connect it to external monitors such as a keyboard and mouse.

The Thunderbolt port allows you to be able to export an image onto any display with the right cable.

The entire device weighs just less than two pounds but it is comfortable enough to hold for hours without stress on your hands.

As for the design, the Concept UFO is all-white with black buttons and illuminated thumb sticks which makes playing easier in dark surrounding environments.

According to Dell’s Director of Advanced ID Drew Tosh, the Concept UFO is purposed to fill the gap that is currently in PC gaming.

“We see the target audience in two ways. It either an entry product because it may be baseline, or really it’s more for the ultimate gamer who has probably a desktop set up at home, has a mobile unit as well, and is ready to have what I would call full mobile commute –type environment to game 100% of the time”

It’s hard to talk about the Concept UFO without bringing the Nintendo Switch to the picture, but it feels less like a carbon copy and more of a necessary device –something that needed to happen in the gaming console evolution.

When it comes to comparison, they are both running Windows 10 and are accompanied by a pair of controllers.

However, the advantage the Concept UFO has, and what makes it different is its ergonomics.

According to Dell’s Director of Engineering Kevin Turchin, UFO has a balance between performance and portability.

Its controllers are a little Chunky and aren’t tied down to a frame that encases the tablet. Instead, they magnetically latch onto the UFO at an angle.

Another major difference is the gaming libraries.

Sure, you can access exclusive games on other consoles like the Nintendo Switch but you’re stuck with the switch’s sloppy interface and limited to what Nintendo e-shop has to offer.

The Concept UFO, however, is a full-blown Windows PC and that means you can access everything you’d get from a home PC.

You can purchase new games from digital stores, login to gaming libraries, stream videos, all at your fingertips.

Why Do We Love It?

At ArgueTech, we love technology and gadgets that solve problems and that’s what Concept UFO is doing.

While gaming laptops give us the ability to take our games with us anywhere we want, the Concept UFO allows you to actually play those games on the go, whether you’re sitting or standing.

This device is bringing something different to the table; the ability to continue on a more powerful desktop or laptop and go wherever you want with it.

Could the Concept UFO be the next step in the evolution of mobile gaming?

Google Pixel Buds 2: Everything To Know

Why Every Xbox Gamer Needs A Razer Wolverine Ultimate Controller

Amazon Fire TV Stick 4K – How Much Do You Pay for Regular TV?

Google Pixel Buds 2: Everything To Know 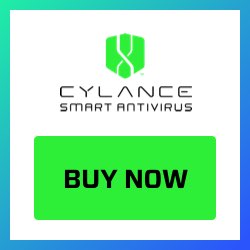