Why Every Xbox Gamer Needs A Razer Wolverine Ultimate Controller

As the rise of online gaming continues, the number of exciting accessories popping up in the market is incredible. According to research, nearly 30 million Steam owners use controllers of some sort. The quality of such accessories is giving gamers an edge over their competitors and allowing them to implement customizations that first-party controllers don’t recognize.

Gamers have gotten tired of sticking with stock controllers. There limited numbers of buttons have become problematic for those who need more control over their gameplay. There are now hundreds of different controller variations on the market with many more styles to choose from.

Enter the Razer Wolverine Ultimate. It is a top of the line PC and Xbox gaming controller produced by Razer. We are going to take a look at the controller and provide you with information to help inform your next purchasing decision.

Razer has been developing gaming accessories for well over ten years now. Therefore it stands to reason they have an idea about what gamers are looking for. Razer has for a long time been a crucial initiator of trends within the market.

You can earn zSilver through purchases in addition to using software and Razer services. Razer plans to gather more feedback to determine which number and what kind of ports are going to be in their finished items. Razer’s Exclusive Bundles Buy means that if you buy certain goods, like a mouse or laptop, you will receive a completely free game with Razer Exclusive Bundles.

The Razer Wolverine Ultimate also includes an incredible app for Xbox One that enables an easy interface to personalize your button layout.

One of the many advantages that third-party controllers have over their factory counterparts is the additional buttons. There are six extra programmable buttons. The other buttons are removable, so if you don’t enjoy how they feel, you’re not stuck with them, and you can switch them out. Once installed, you can complete button mapping. Then you will be all set.

In terms of the face buttons, a fast press reveals them to be somewhat responsive and clicky. Not only does this contain lots of buttons, but it provides added flair because of a run of ever-changing lights at the very top. The d-pads that they include in the controller are far more practical than traditional controllers. Also, there wasn’t any creaking when seeking to flex the Wolverine Ultimate and build quality appears excellent.

There are two paddle triggers which are attached on the bottom of the controller. These can be remapped, alongside both chief triggers and shoulder buttons to fulfill the needs of the user.

The top triggers also have been revamped, and the inclusion of hair-trigger control permits another degree of customization. Trigger and haptic vibration may also be managed here. Additionally, there are options for altering the chat volume and switching profiles too. Not only does this allow for plenty of options, but it also provides added flair because of the range of ever-changing lights on top.

Some men and women would rather have a lighter device in their hands, and a few prefer the additional weight. Setting up this premium Xbox controller is as simple as it is with the standard edition.

It includes a remarkably similar aesthetic to the typical Xbox One controller, choosing a similar color scheme. It’s something to think about when purchasing this controller, as some gamers prefer a unique style for their controller.

Previously you would have to seek out first-party options to satisfy your competitive gaming requirements, that is not true anymore. In regards to a controller like the Wolverine Ultimate, it’s about the additional adaptiveness and customization. In general, the Razer Wolverine Ultimate Controller is terrific.

At ArgueTech we are big fans of the Razer Wolverine Ultimate, but unfortunately, nothing is perfect. One of the issues with the device is that it isn’t affordable and may be out of the price range for most casual gamers. That being said, the benefits of the machine more than outweigh its cost.

The most significant issue with the Razer Wolverine is that the controller is wholly wired and does not have any choice for wireless play. It does have a detachable 3 m / 10 ft lightweight braided fiber cable with Micro-USB connector. But the detachable cable leaves the device unconnected but not wireless play eligible. For all those who play from the other side of the room, it is a small bummer.

Despite the fact, the large USB cable that’s included, the simple fact that there’s no option for wired play might be a deal-breaker for some. The cord itself is lengthy and long-lasting, but specific setups may still discover that it’s problematic to take care of a wire. It’s possible to get a USB extension cord in the event the cable isn’t long enough if needed based on your setup.

The ports are in precisely the same location, and the board appears identical just different colors. This Xbox One X accessory will allow you to build an impressive assortment. You can smoothly run without needing to face the inconvenience of reinstalling or downloading updates.

The Razer Synapse app will let you create multiple controller profiles that you could switch between on the fly by employing the hub at the base of the controller. The software itself is simple to use, and everything you can imagine is simple to access with just a few easy clicks.

Overall, the controller is at the leading end of the custom controller market. It’s simple design suits many down to the ground, and the level of customization makes it perfect for all. The price may be an area of consideration for the more casual gamer, but the longevity of the device will pay off.

The question you is, how important is personalization and customization to your gaming? 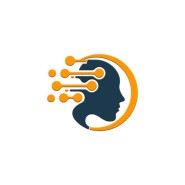 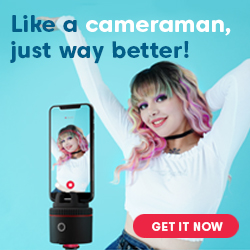