The top-rated smartwatch of 2019 is difficult to call. Like everything Apple and Samsung produce, their watches are incredibly well made and occupy a highly competitive market.

Apple and Samsung are the biggest rivals in the mobile industry, and both have a long list of innovations under their belts. Think the game-changing release of the original iPhone and the futuristic folding phone recently delivered by Samsung.

Recently the major providers have seen increased competition from Chinese phone manufacturers. Despite this, both companies are holding firm as the go-to phone choice, Samsung currently has a global market share of 31% to Apple’s 23%.

What Is A Smartwatch?

Remember the watches with tiny handheld calculators on them? Well, the smartwatch is the older wiser brother of the digital watch.

A smartwatch brings you the functionality of a regular watch while also giving you access to the same technology that’s in your phone. This typically includes GPS navigation and sending or receiving text messages and phone calls.

Typically there are two niches within the smartwatch industry. The general use niche which has seen an enormous increase in popularity and is now the space that Apple and Samsung occupy. The more specialized niche has been around for a while longer and includes diving and hiking watches.

Current industry trends show that the smartwatch market is booming. Units sold have risen from 5 million in 2014 to around 141 million in 2018.

The only area showing a decline is fitness-tracker specific watches which have declined significantly since more prominent players have moved into the market. This increased competition is fantastic for the consumer as companies continue to compete to be the most innovative.

What Are The Best Smartwatches You Can Buy In 2019?

Their domination doesn’t just stop at phones. Samsung and Apple are the industry leaders in the general wearable smartwatch niche.

The Samsung Gear Gear G3 Classic and Apple Watch Series 3 are the flagship smartwatches from the two brands.

We will be putting these two devices head to head. But we won’t be focusing on price as a deciding factor. For those curious of the difference, the Apple Watch Series 3 comes in slightly less expensive. However, the ease and convenience offered by the smartwatches as well as the health tracking benefits make the price factor irrelevant.

Instead, we will focus on the features of the devices and the differences between the two. As ArgueTech helps assist you in clearing your decision, you can find these two Smartwatches on Amazon by clicking the links below.

To some people, appearance is everything. It was undoubtedly the downfall of the old clunky digital watches which have all but slipped into the shadows of the technology world.

The Apple Watch Series, like most Apple products, employs a minimalist design. The rectangular shape feels overall sleek and futuristic. The Samsung Gear, on the other hand, is a more traditional watch style that is typically classical.

Both are also very tough. Apple’s range is said to be swim proof and can be used at lower depths for extended periods. Whereas the Samsung G3 can be submerged at 5 feet for around 30 minutes.

The Apple range has better compatibility with everyday social media apps and phone functionality. Samsung has struggled to integrate with third-party apps in the past.

The most significant difference between the two devices is that with a Samsung Gear, you can connect to phones that use both iOS and Android. Whereas the Apple Watch is restricted to just iOS, which is a huge limitation for the broader phone market.

So for Android users looking for wearable devices, the Samsung Gear G3 is a clear winner. It’s cross-compatibility shows the clear direction that Samsung wants to take its smartwatches.

While smartwatches screens are smaller than their mobile counterparts, they still pack a punch. The Samsung G3 Classic has a 1.3 inch Super AMOLED screen that comes with the patented Corning Gorilla Glass for extra toughness. The Apple Watch has a 1.6 inch OLED screen with scratch-resistant glass.

The superior display has to go to Samsung. Their device has a multi-touch touchscreen, greater screen resolution, and higher pixel sharpness. One thing to note is that the raised portion of the Samsung case provides better support to the display than the smooth exterior of the Apple Watch.

One of the biggest complaints among technology users is the lack of battery in smart devices. Thankfully, in recent years, huge strides in battery technology have provided some relief, making the process quicker and easier.

The Apple Watch Series 3 will last around a day on a single charge and can be charged via USB  or wireless. Samsung’s range nudges out Apple, and their watches have a 3-day range on a single charge. Both vary wildly depending on usage.

Overall, the best smartwatch of 2019 for men or women will depend on your style. It depends on whether you are looking for a classical or contemporary design. The excellent news for consumers is that this booming industry will continue to grow.

As always, the debate comes down to Android vs iOS. Samsung’s device is compatible with both operating systems but has less functionality. But the Apple smartwatch is not adaptable but has better access to tech.

The question you have to ask yourself and make sure to ask in the comments is:

Are you willing to change your operating system to suit the accessory of your choice? 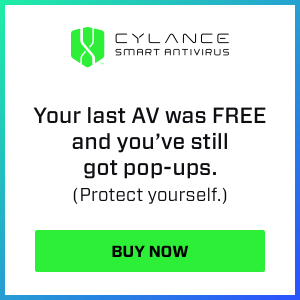 We use cookies to give you the best online experience. By agreeing you accept the use of cookies in accordance with our cookie policy. By continuing to use the site, you agree to these terms.Learn More.